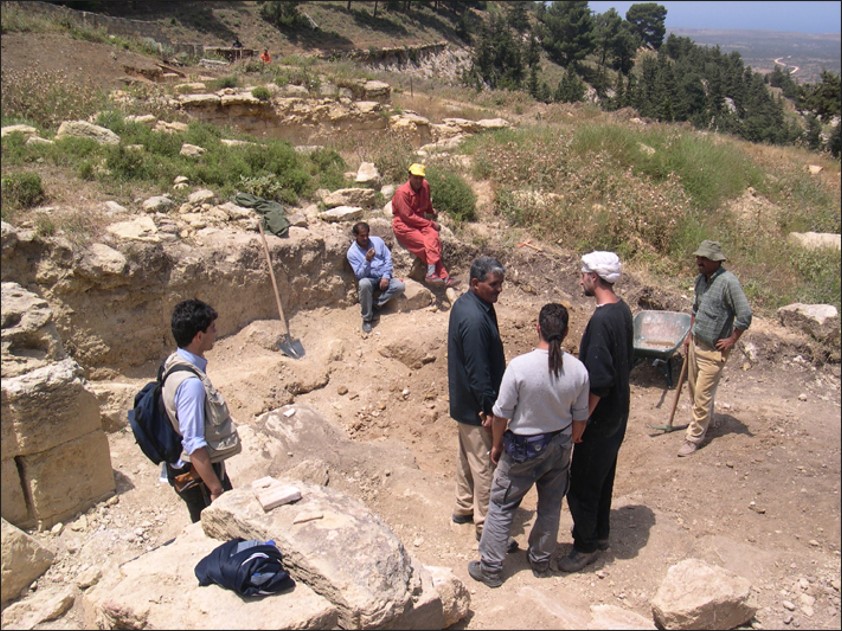 The project was carried out by the Centre of Geotechnologies in collaboration with University of Chieti. The project concerns the sanctuary of Ain Hofra (Cyrene) and other Roman age ruins located in the area; it aimed at valuing correlations between territorial and palaeo-antrophic elements. For such a work, modern and traditional methodologies of analysis have been applied, as Remote Sensing and terrestrial Digital Photogrammetry, with the purpose of getting detailed geological and geo- morphological data.
The goal was the elaboration of a geological and geomorphological map at the scale of 1:10,000 derived from fieldwork informations and from satellite images interpretation. During the fieldwork, along the new road connecting Shahat (the old Cyrene) to Susah, a lithostratigraphic section has been observed.
At the Department of Antiquity of Shahat the following aerial images have been gathered: Photomosaic BW, realized by US Army, at a nominal scale of 1:25.000, dated July 20 1943, Orthophotomosaic BW, realized by EIRA (IT), at a nominal scale of 1:20.000, in the 1965. The scanning of the elements and their geometric correction has allowed the multitemporal comparison with satellite image and the identification of already excavated areas, or buried potentially new findings. Moreover, the Ermas Porch of Cyrene Agorà has been object of a photogrammetric relief and the consequent internal and external imageries orientation allowed the statues stereorestitution and their 3D model creations and analysis.